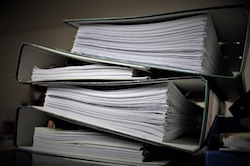 If you’ve ever had to file an insurance claim, you know the frustration that seems baked right into the maze of endless forms and confusing small print. Companies that once lived up to their promise to “be on your side” when disaster strikes dramatically shifted business practices in the 1990s to meet Wall Street demands for short-term profits. The result is chronicled in the book Delay, Deny, Defend: Why Insurance Companies Don’t Pay Claims and What You Can Do About It by distinguished Rutgers law professor Jay Feinman. Not surprisingly, insurance companies are recording astronomical profits. Here’s how it works:

Trick #1: Deny, Deny, Deny Claims
Insurance companies will outright deny that an accident occurred or that the policyholder was seriously injured. Some companies even offer gifts and bonuses to employees who deny claims and keep payments to a minimum. Arbitrary rules will crop up, often referencing provisions that do not exist or that contradict a previous statement. The hope is that denial after denial will defeat and deflate claimants, making them feel they have no choice but to throw in the towel.

Trick #2: Delay Paying as Long as Possible … Even Until Death
You’ve jumped through all the hoops and the insurance company has agreed to pay the claim, so you can rest easy, right? Think again. Delaying payment is another common tactic to boost profits. Insurance companies have been known to send out incorrect forms and then blame claimants for the error, or set very short time limits on when a claim can be made after an accident, injury or illness. In cases involving elderly or gravely ill claimants, some insurance companies have even delayed payments in hopes that the customer dies before they have to pay.

Trick #3: Defend in Court
Following a denied claim or a delayed payment, insurance companies know they can further delay writing a check by defending their questionable tactics in court. Billions of dollars in profits and thousands of high-priced lawyers on the payroll means they are always ready for a trial. Insurance companies know that many of their customers may be afraid or unwilling to hire a lawyer, and they use that fear to convince claimants that a court battle would only end in an insurance company victory.

Forcing a claimant to sue for benefits owed is one way insurance companies fail their customers.

Getting Paid What You Deserve